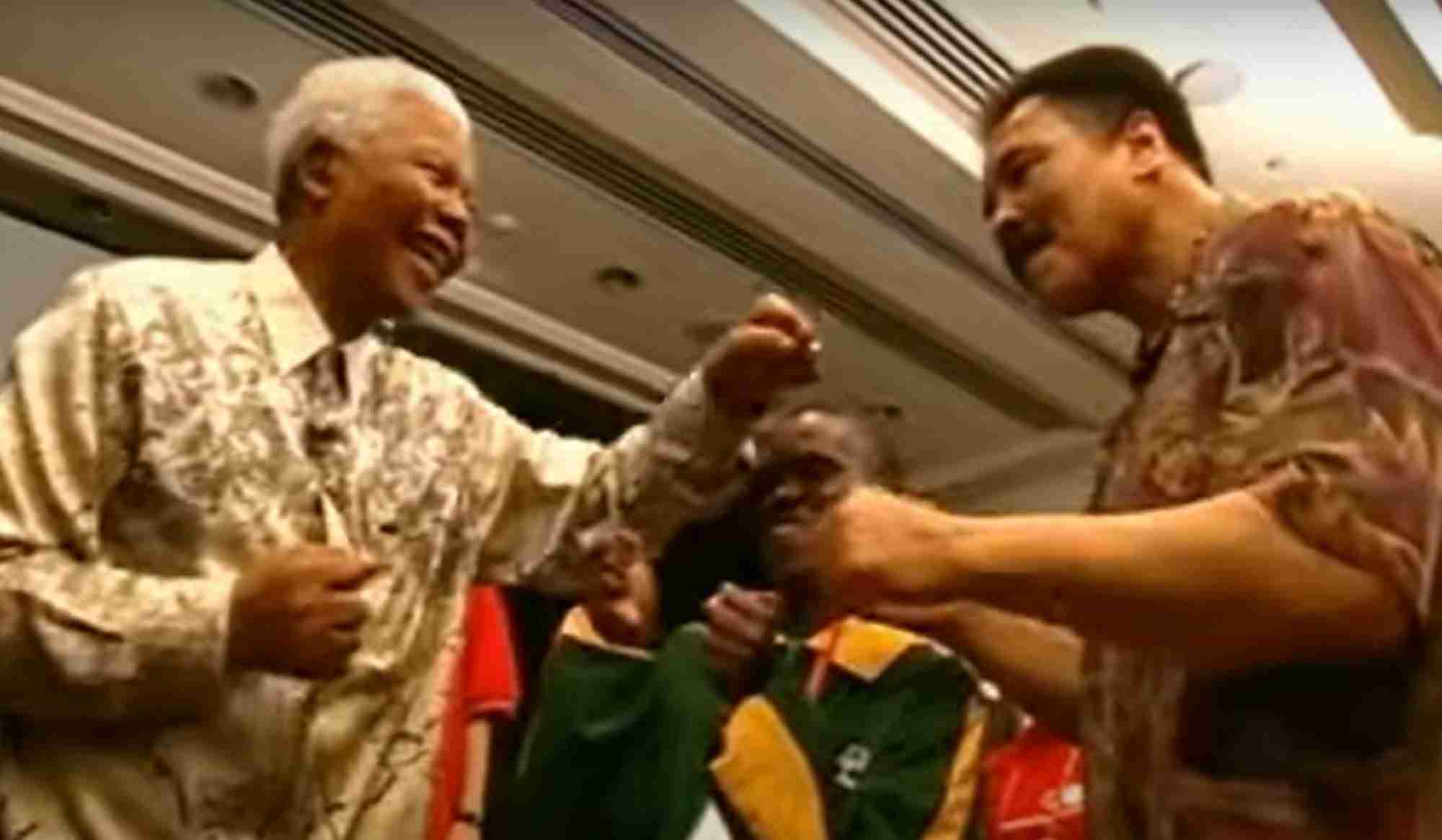 This week there has been some highlighting of the well known individual Nelson Mandela and the sport of boxing.

Not many realize Mandela had a lot of friends and ties with boxing and this from the World Boxing Council an interesting read:

In a world that seems to be burning down in some places, with fight news everywhere and savage heat in some parts of the world, that no one fully knows the reasons why, it seems humanity is only destroying itself.

Who knows why or why the universe works like it does.

Mandela, a big fight fan, during different times in his life time, was able to create some peace and also was a keen advocate on sport and — sports like boxing — being able to transform the world, inspire and unite people.

Here is a look back at the time when Nelson Mandela met renowned boxer and man of the 20th century Muhammad Ali: