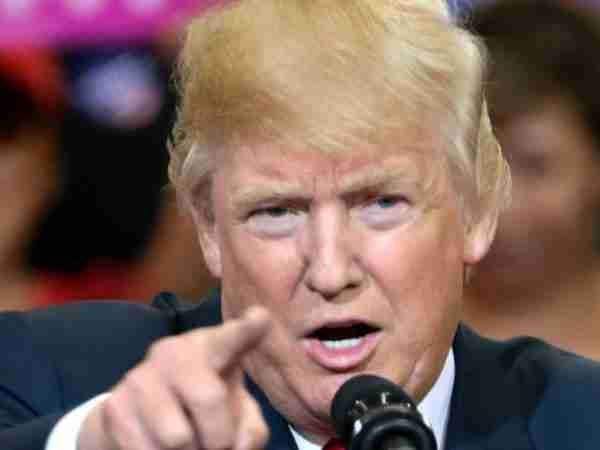 During the current Putin war in Ukraine, that has global context, allegedly the world’s richest man – Elon Musk – has become a notable part of it.

Due to some of his companies’ efforts helping Ukraine against tyrant and failing Putin.

War is never wanted but it is a brutal business due to Putin.

Musk has recently purchased a company known as Twitter.

He has conducted a democratic vote transparently on the platform that delivers a vote from people to reinstate Former President Trump to return to the platform:

Current results as of time of this article give 56 per cent yes to Trump after almost 24 hours.

You may not agree with the results. That doesn’t matter though. Democracy should be about clear transparent verifiable votes to represent the will of the people.

Inclusive of all rights and legal religions – not just some – and let the people and market decide.

Belief in Jesus Christ and being a follower of Jesus Christ is an individual personal relationship. The word religion was never in the bible – the ultimate mirror on us all and truth. You are saved by grace, the blood of Jesus and not by works. Being a good moral person doesn’t guarantee heaven. You will never separate Church and State because freedom of religion is a fundamental human right and real (non denomination bible teachings Old and New Testament) Christianity is only growing around the world at the moment. This generation is clearly the last days. Who knows when – maybe 50 years from now.

Each to their own.

On the poll above, the above is democracy at work. Plain and simple.

That’s true democracy. Voice of the people. All the people. Inclusive of all people and all views.

Mr. Trump however will need to be more professional in his rhetoric moving forward.

And shape up, get in line and comply with standing up against some of the global elites (not just in America).

If he knows what’s good for him.

Not just in America or for his own family.

But his businesses around the world in all countries too.

America is in a revolution at the moment.

Due to the Republicans winning back the house by a record.

More than 5 million more votes than the Democrat party recently.

Mr. Trump must also realize that Mr. Putin and Mr. Xi of China are two of the world’s most pressing problems.

As well as the World Economic Forum and Klaus Schwab being the third other major issue.

Trump will be made understand shortly that rulers are not tyrants.

Motives are always by love to correct and discipline those who are wrong.

Sometimes you have to be cruel to be kind to some people but rulers are never tyrants like Mr. Xi or Mr. Putin – or some of the Biden administration.

They are assertive rulers however.

Those who refuse to rule will only be ruled by something worse.

Humanity’s history in failed Communism and Socialism has taught the planet that.

Socialism maybe good for a small few things like affordable healthcare and so forth but widespread socialism is communism almost.

As for Musk above, Mr. Musk has already grown Twitter to hugely new successful heights.

On the layoffs, that happens in all markets.

In all market corrections.

Particularly in a time of war and talks of war – that the world is in.

Peace during war is always possible but needs tyrants to be stopped like current President Putin – who is ensuring the swift end of Russia at the moment.

Peace should always be the first ideal objective but there is no negotiating with evil.

People like Mr. Putin of Russia and Mr. Xi of China do not want peace.

The world only deals with strong players.

The above two tyrants like the tyranny of the Biden administration towards Mr. Trump also – is unacceptable and – will not be tolerated by the world.

Honorable Secretary Blinken needs to get his house in order immediately and make the Biden administration realize the grave danger they are in by not affording Mr. Trump justice in their investigations.

Same goes exactly the same for the new House Republicans who press ahead with investigations into the Biden administration and former Obama administration.

On the layoffs at Twitter and tech, it could be stated Musk’s former workers could easily have the ability to start their own platforms on the web.

More companies will form out of this – is the positive news.

The internet and tech market will be stronger, better and have more companies – ultimately.

Monopolies for just a few small big tech companies was never going to work and what is forming now is much better for all.

Musk is brilliantly showing the problem users of Twitter at the moment in live time through qualitive market research (not quantitively).

Exposing the bad workers, keeping the good ones and getting more good ones.

Some of the world’s biggest platforms like the Joe Rogan podcast don’t need large teams.

Neither do large websites or other platforms.

Stage site creation for this type of live testing that is resulting in so much new Twitter growth would not work for Musk – there is no time for that.

Particularly during the war by Putin of Russia.

However Mr. Zelensky should also note for balance that before this war many Ukrainians left Ukraine before it started assisting Putin in countries outside of Ukraine and Russia.

In Europe, the US and elsewhere – they must be hunted in these countries too.

They are some of the biggest enemies to Ukraine at the moment.

Mr. Zelensky also must understand that investigations into Ukraine due to Biden, his family members and some of the Biden administration’s links to Ukraine (and China) will be forthcoming to get the bad Ukrainians not helping Ukraine.

As for Musk now creating the world’s biggest user engagement platform during the war, this all has to be done in live time to see who’s who and what’s what.

Musk is right in his true freedom of speech move.

But also in demoting negative/hate content. He must ban anonymously made accounts also with the use of verifiable phone number or government issued ID to confirm the account. Both easy to do and most other platforms ask the same. Same rules for us all.

Good news must also be rewarded and not always negative sentiment.

Good people must stand up to tyrants and tyranny in the world in all its forms.

There are no angels in war but good always prevails over evil through light.

Good has always defeated bad people in all wars since the beginning.

Peace and love are always the motives to discipline and correct the small few bad people in all countries in the world.

Way more good people in the world though.

That’s what the tyrants (including the Biden administration) always underestimate.

Turn on the lights.

Musk has struck the balance quite brilliantly and Twitter will reach amazing new success in due course because of it.

Former employees can start their own platforms in loads of places too for start ups.

They have loads of options now to start their own platforms.

Good luck to them.